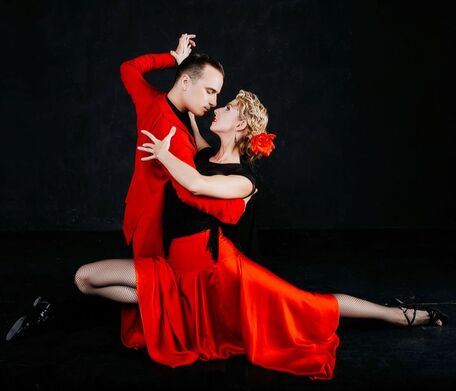 ​Darya was born and raised in Minsk, Belarus. She was introduced to the world of ballroom dancing at the age of 8 and was in love with it ever since. She has won numerous Ranking Competitions in Belarus, Lithuania, Germany, Austria, Ukraine, Russia, Poland. In 2004 she became a member of national team of Republic of Belarus and represented her country in World and European Championships for four consecutive years. Darya was Champion of Belarus in Formation Latin and Standard, Member of National Formation team of Belarus “Mara” (Latin and Standard), repeated finalist and prizewinner of World and European Championships. In 2005, for her exceptional achievements in Dance Sport, Darya was awarded with the Title of Master of Sports of Republic of Belarus. After successful career in sports Darya got involved into show industry. She graced the stages of the world, performed onboard the Luxury Cruise Liners such as Silver Sea, Oceania, Regent, Celebrity and MSC. Together with her dance partner Alexei Bazylev they produced and performed ballroom show “Ballroom
Fever” onboard Celebrity Cruises. Darya has been doing workshops for ballroom dance studios in Europe, her students got recognition at national and international competitions. Darya is happy to be a part of the talented and  professional team of Towson Dance Studio.